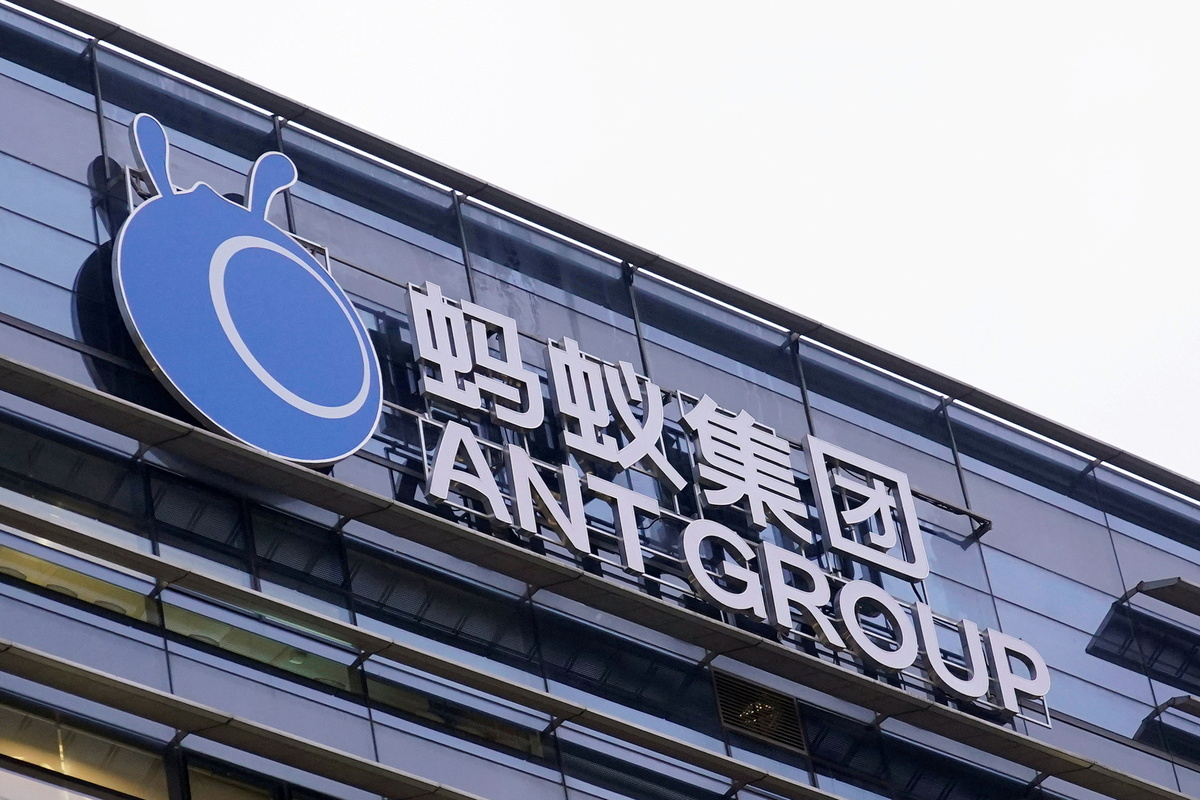 The logo of Ant Group, an affiliate of Alibaba, is pictured at its headquarters in Hangzhou, Zhejiang province, on Oct 26, 2020. [Photo/Agencies]

The company will offer over 1.67 billion shares at a price of 80 HKD apiece, and is set to raise around 132 billion HKD, according to its prospectus submitted to the HKEX.

The company will also be listed on the Shanghai Stock Exchange's sci-tech innovation board, commonly known as the STAR market, on the same day as well, raising up to 132.2 billion yuan. The "dual listing" in Hong Kong and Shanghai is expected to become the world's biggest IPO.

"Our business is built on three major pillars: digital payments, digital finance, and digital daily life services. That is today, but we will continue to evolve with a focus on the future," said Eric Jing, executive chairman of the Ant Group.

According to the prospectus, Alipay has reached over 1 billion users, 80 million merchants, as well as 2,000 partner financial institutions worldwide. In the 12 months ended June 30, 2020, the total portfolio value (TPV) transacted on the platform in the Chinese mainland reached 118 trillion yuan, while international TPV transacted reached 622 billion yuan.